Am I allergic to yeast? 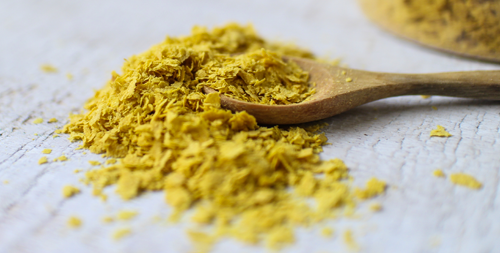 Allergies to dietary yeast don’t receive a lot of attention but they are more common than many people realise, and they are a possibility worth considering if you routinely experience such symptoms as cramps, bloating, rashes or diarrhea after eating.

In recipes, yeast is a raising or leavening agent, responsible for making dough rise, so most baked goods will feature it, including:

As with other allergies, the symptoms can range from mild to severe. At that serious end of the scale, we find such potentially life-threatening symptoms as difficulty breathing, dizziness, plunging blood pressure and swelling of the throat. This is anaphylaxis, also known as ‘anaphylactic shock’, and it is a reaction which requires immediate medical treatment. Most sufferers carry an epi-pen with them: this portable medical device allows them to self-administer a dose of adrenaline in the event of anaphylaxis developing.

But let’s go back to basics.

What actually is yeast?

Yeast can seem like quite a mysterious substance. It is, in fact, a single-celled microorganism, distantly related to fungi. There are estimated to be more than 1,500 different species of yeast in the world, but only a couple need detain us here.

Saccharomyces cerevisiae is the yeast most commonly used in baking and so often referred to simply as ‘baker’s yeast’. This potent microorganism transforms the sugars in dough into carbon dioxide and that in turn forms air bubbles, causing the dough to rise, giving bread and cakes that distinctive aerated texture.

Saccharomyces cerevisiae is also used in the brewing of ales and wine, converting the sugars in barley or grape juice into alcohol. Another type of yeast, saccharomyces pastorianus, is favoured for the production of lager because it converts more of the malt sugar into alcohol, resulting in a clearer beer with a lighter taste.

As you might expect, saccharomyces cerevisiae and its cousin saccharomyces pastorianus are frequently dubbed ‘brewer’s yeast’ when used to make alcoholic beverages. But whether cerevisiae or pastorianus, most brewer’s yeast will subsequently be removed by filtering and distillation, so most people with an allergy to yeast can still drink wine or beer if they wish.

What to do if you think you’re allergic to yeast

As with other types of allergy, your first port of call should be your doctor if you suspect you may have an allergy. Not all allergic reactions are serious but some are, so it is better to be safe than sorry. Consulting a doctor will also allow you to rule out any other conditions that could be triggering your symptoms.

In most cases, your GP will refer you to a clinic for testing. But why not get a head start while you wait for your appointment? A pin prick blood testing kit is a quick and easy way to discover whether you do in fact have an allergy to yeast or other substances. You will receive a full laboratory analysis of your sample, enabling you to make meaningful changes to your diet.

Yeast extracts are found in more than baked goods and yeast extracts. Cutting out wheat could also mean avoiding a variety of processed foods, including::

Yeast content will vary by brand so if you don’t already do so, you will get into the habit of reading labels. Perhaps that is something all of us should be doing more often.

Fortunately for sufferers, appetising, yeast-free alternatives are now available in increasing numbers on supermarket shelves and in health food shops, as yeast allergies finally begin to attract the attention they deserve. Some examples include yeast-free grains like quinoa, brown rice, buckwheat and millet. There are also yeast-free breads like old school unleavened bread, grain bread, flatbread and even brown rice bread: different to traditional loaves certainly, but still full of taste and texture. Enjoy!

Let's make 2021 all about you! 60% off sensitivity tests.ORDER NOW
Share This