Want to know what items we test? 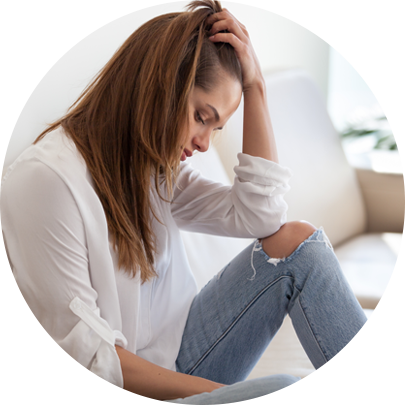 Want to know what items we test?

What is Bioresonance Testing?

Bioresonance therapy is one of a number of procedures including homeopathy, acupuncture and other naturopathic procedures within the area of empirical healing.

The fundamental principles of the following hypothesis for bioresonance therapy have been confirmed by the latest discoveries in quantum mechanics and biophysics, but have not yet been accepted by current expert opinion within orthodox medicine.

Bioresonance is a non-invasive therapy which involves placing electrodes on your skin. The electrodes are connected to a Bicom machine which checks the energy wavelengths coming from your body, and then counteracts bad frequencies by restoring the optimum balance.

Our laboratories & technology: Our bioresonance equipment is manufactured and listed as a medical scanning device class 11a according to ISO EN 13485. We are also ISO 9001:2015 certified.ce. 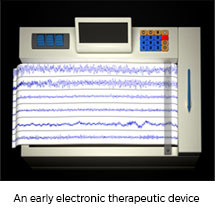 While Bioresonance is becoming more popular by the day, there are still a significant amount of people who are not yet aware of how this technology can help them.

Why we use Bioresonance testing

Our bioresonance testing uses hair samples to test against 970 food and non-food items. Hair is used for these reasons:

The history of Bioresonance testing

Bioresonance therapy was invented in Germany in 1977 by Franz Morell and his son-in-law, engineer Erich Rasche. Initially they marketed it as ‘MORA therapy’ (MOrell + RAsche). The concept of bioresonance is that the machine’s electromagnetic waves create a resonance in our body’s cells which, in turn, brings about the desired effects.

Similar to other electronic medical devices, BioResonance is a safe and gentle, non-invasive alternative therapeutic technique designed on the premise that all particles of matter generate electromagnetic energy. In humans and other animals, this electromagnetic energy is continually resonating out from the body in oscillations of varying wavelengths and frequencies, which can be detected, amplified, graphed, and examined.

Since its emergence in the 1970s, BioResonance techniques have been used globally, in countries such as Australia, Asia, Europe, New Zealand, and Russia, to diagnose disease and to promote healing by normalising the body’s unique electromagnetic characteristics and frequency patterns. Given that the technique is non-invasive and not linked with any potential side effects, it has become increasingly popular as an alternative tool, particularly among children. In fact, the electrodes used to collection information may be attached on the outside of light clothing, rather than being applied directly to the skin, which can be anxiety-provoking for some children and adults.

Evidence from studies examining the therapeutic impact of electromagnetic fields is promising and provides support for the potential benefits of BioResonance.

How does bioresonance therapy work?

Alexander Gurwitsch And the Concept of the Biological Field, Part 1

History of the method “bioresonance therapy”

Bioresonance therapy and testing is categorised as a complementary and alternative medicine (CAM).
This is a diverse group of therapies, practices and products, which fall outside of conventional medicine or healthcare.

Our Equipment is manufactured and listed as a medical scanning device class 11a according to ISO EN 13485.

Bioresonance is classed as a complementary and alternative medicine.

Results do not substantiate a medical diagnosis, nor is it intended as a substitute for professional medical advice.

A growing number of people are discovering the benefits of bioresonance therapy. Although bioresonance tests lack sufficient clinical papers, below is a selection of research papers intended to educate and inform about the efficacy of bioresonance.

Please remember, if you are seriously ill or believe you have a medical condition, we advise you to consult with your GP immediately.

Evident Based Study of Obesity

Clinical Studies And Observations On The Efficacy Of Bioresonance Therapy

The worldwide increase in intolerances

The link between diet and allergies

Clinical Studies And Observations On The Efficacy Of Bioresonance Therapy

How bioresonance can really help you and your patients

The Future of Medicine

The future of medicine - From blood-letting to genetic engineering

Medical acupuncture in Germany: patterns of consumerism among physicians and patients

Evidence for the Efficacy of a Bioresonance Method in Smoking Cessation

Our food sensitivity tests are carried out using bioresonance therapy and is categorised under Complementary and Alternative Medicines (CAMs) which covers a wide range of therapies that fall outside mainstream medicine. Tests and related information provided do not make a medical diagnosis nor is it intended to be a substitute for professional medical advice, diagnosis or treatment.

We believe that in providing you with your test results and relevant information in each section, your results can form the beginning of a journey, enabling you to make positive changes to your daily diet and environment.